The renovation of the Almásy Mansion in Gyula was one of the largest investments in the protection of Hungarian cultural heritage in recent years. It was an honor to be a part of this project.

In 2020, our Company became involved in the works implemented within the framework of the National Castle Program. It was then that the Stefania wing was reconstructed, which included the creation of a heating kitchen that could later be converted into a cooking kitchen.

During the consultations with the customer and during the planning, we took into account not only the current needs, but also the expected increase in traffic due to the continuous expansion of the customer base. In addition to the daily “routine”, the kitchen had to be able to serve the planned events - gastronomic events, thematic tastings, presentations by domestic and foreign chefs. Namely, in such a way that the atmosphere of the 19th century and modern kitchen technology fit together in harmony.

Thoughtful design not only facilitates economical operation, but also allows the kitchen to be converted into a kitchenette in a cost-effective way at a later date. 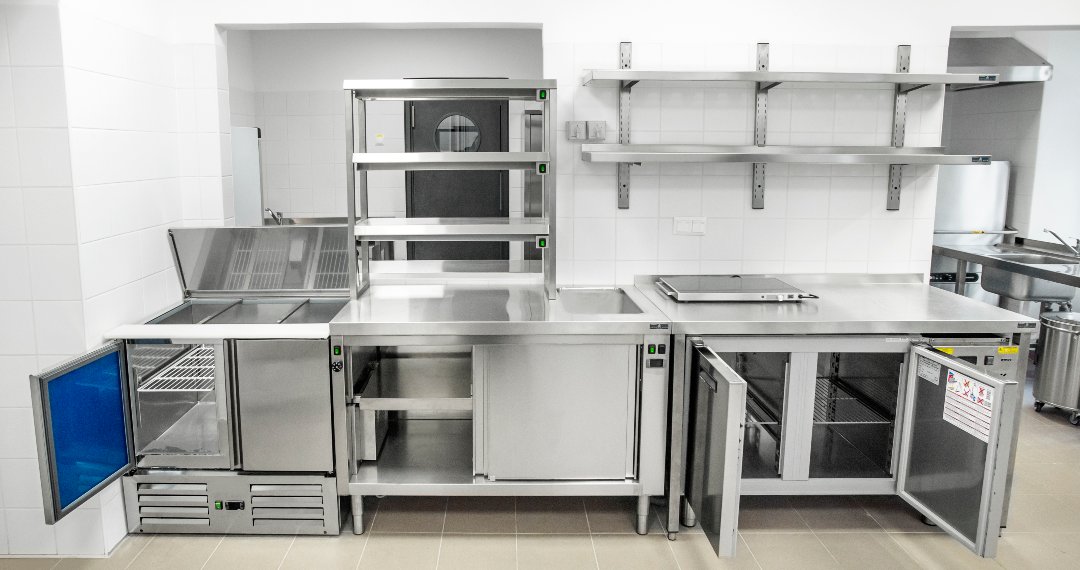 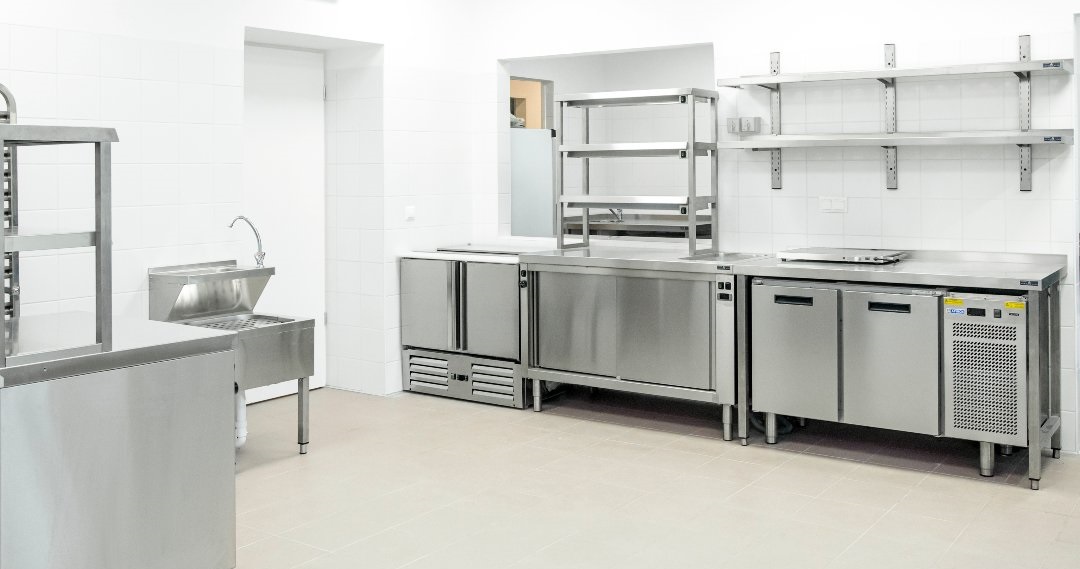 In the middle is the plate warmer table with a water bain-marine. To the left there is a salad cooler, and to the right an Afinox refrigerated table.

The special feature of the heating kitchen is a hybrid plate warming table, which was made for the customer in a unique design due to the limited space. The challenge was that the salad fridge, the Afinox refrigerated table, the plate warmer, and the bain-marine also had to fit along a given wall. We had to adjust to the dimensions of the salad fridge and Afinox table, and we designed the hybrid table in the remaining area. We combined the plate warmer and the bain-marine so that we could create a usable yet space-saving layout where all the shelves in the superstructure could be heated.

The kitchen, which was handed over at the end of 2020, also included a Tecnoeka combi oven and a Berner induction hob. Smooth work is made possible by an Afinox refrigerated table, 3 commercial kitchen refrigerators, meat and vegetable preparation rooms, 2 professional dishwashers, a salad cooler, an Expobar coffee maker and a coffee grinder. A cold room was set up to store large amounts of food / raw materials.

Take a look at our picture gallery of the finished kitchen! 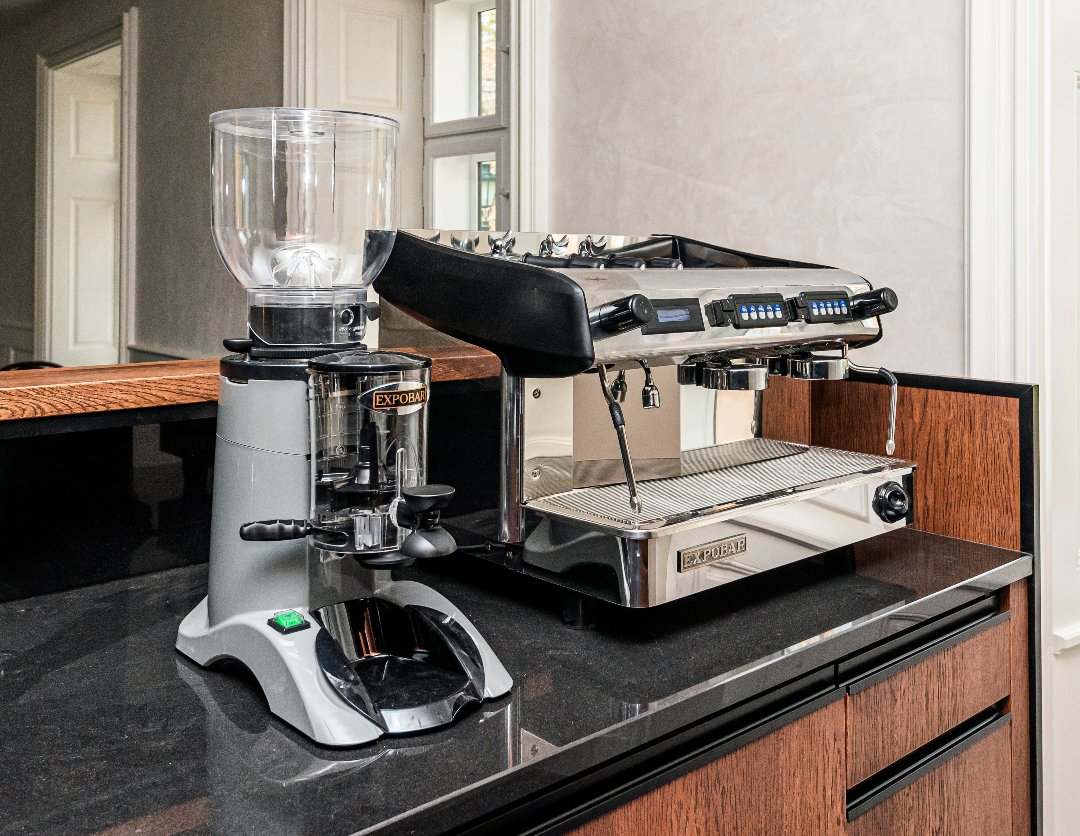 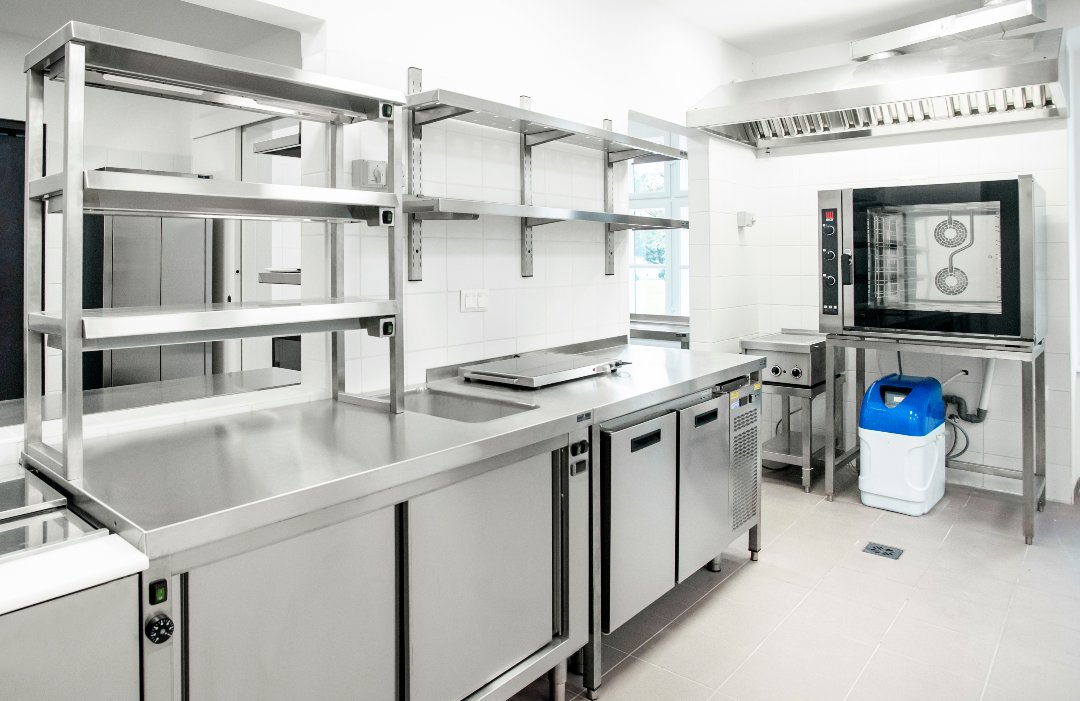 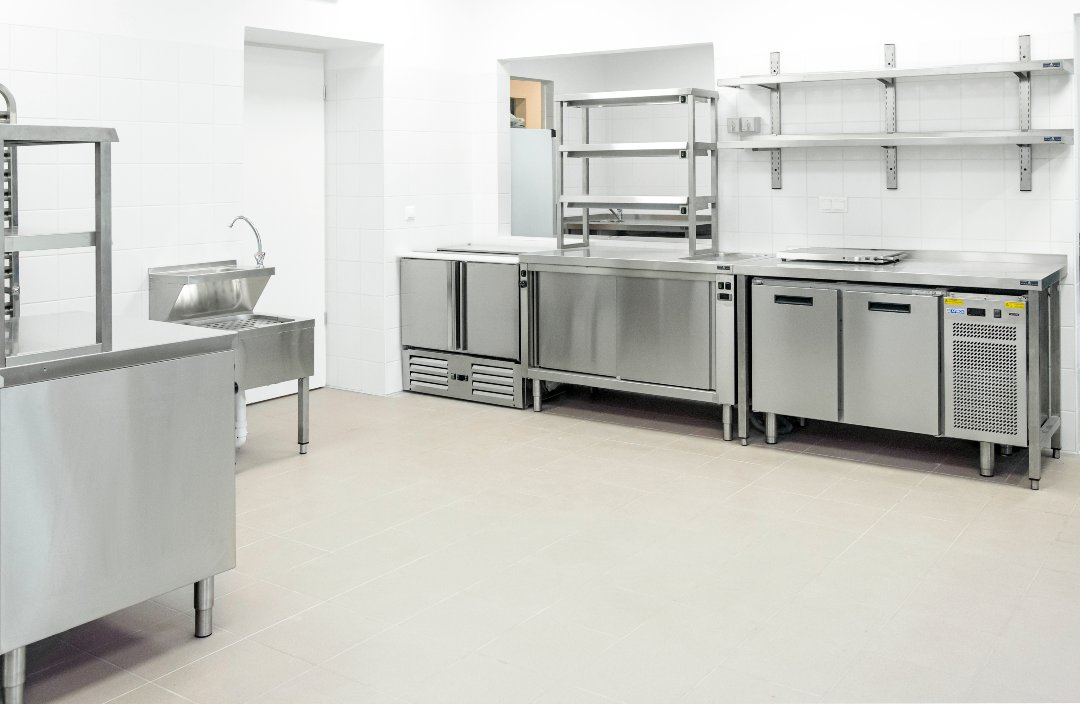 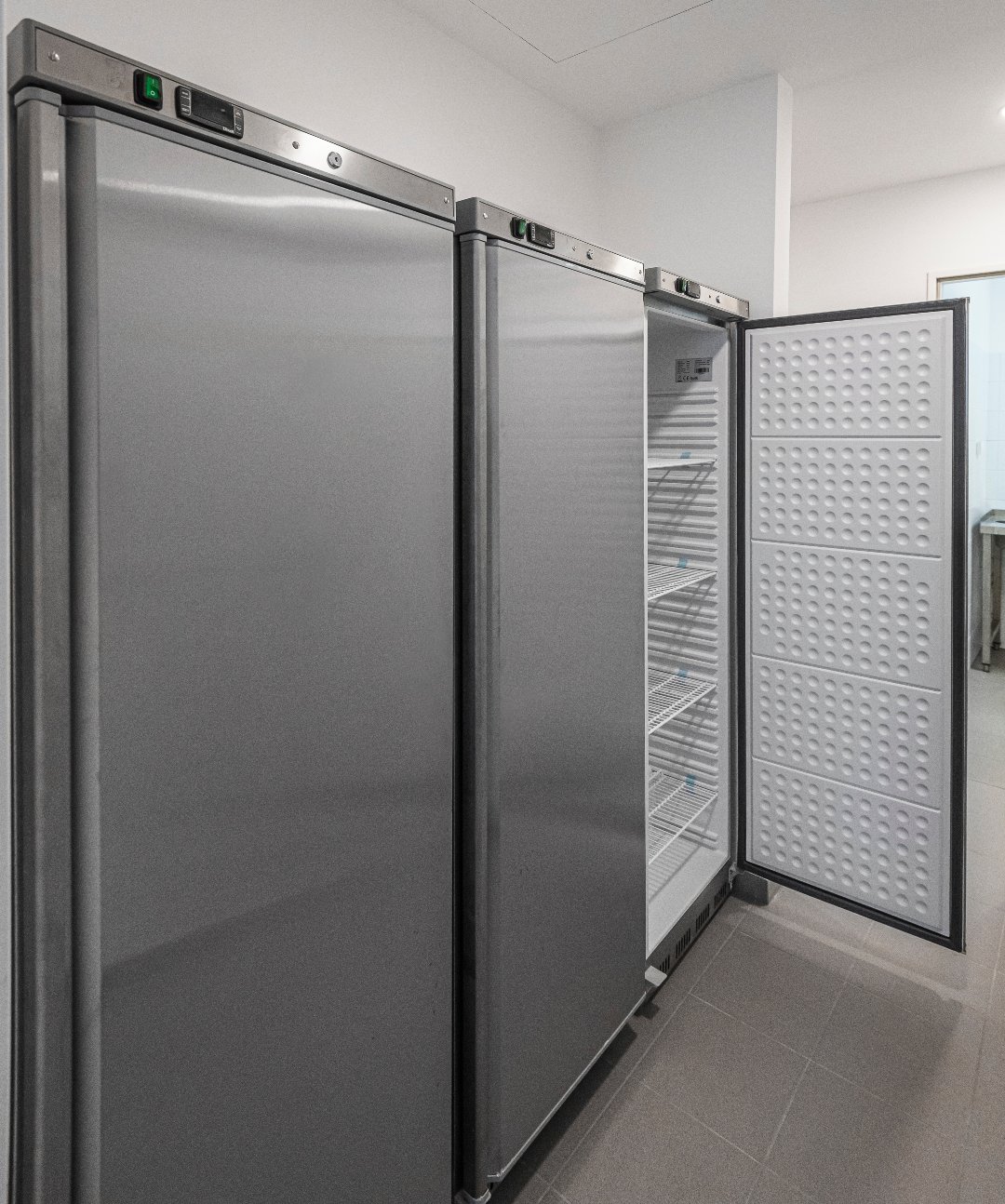 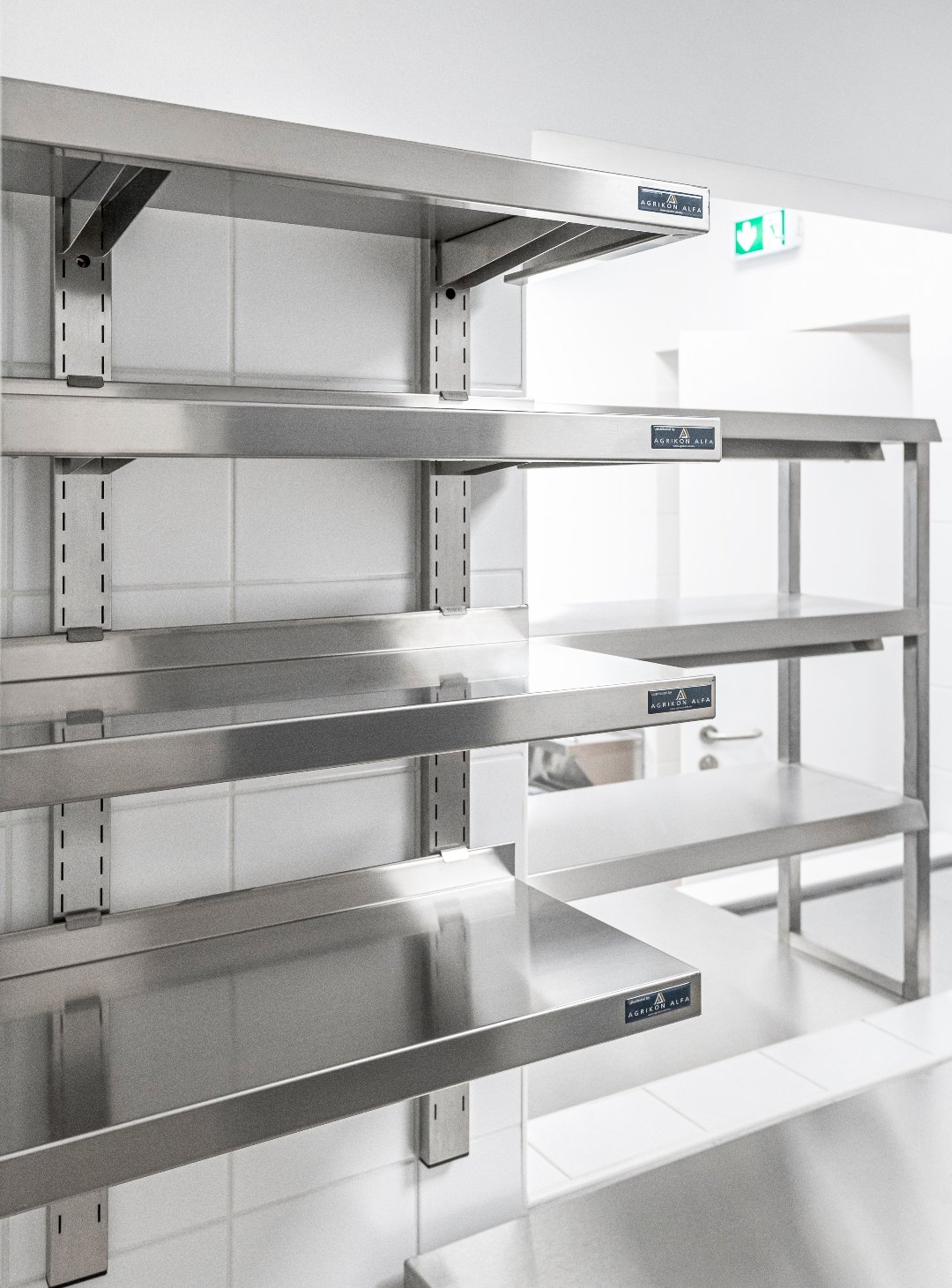 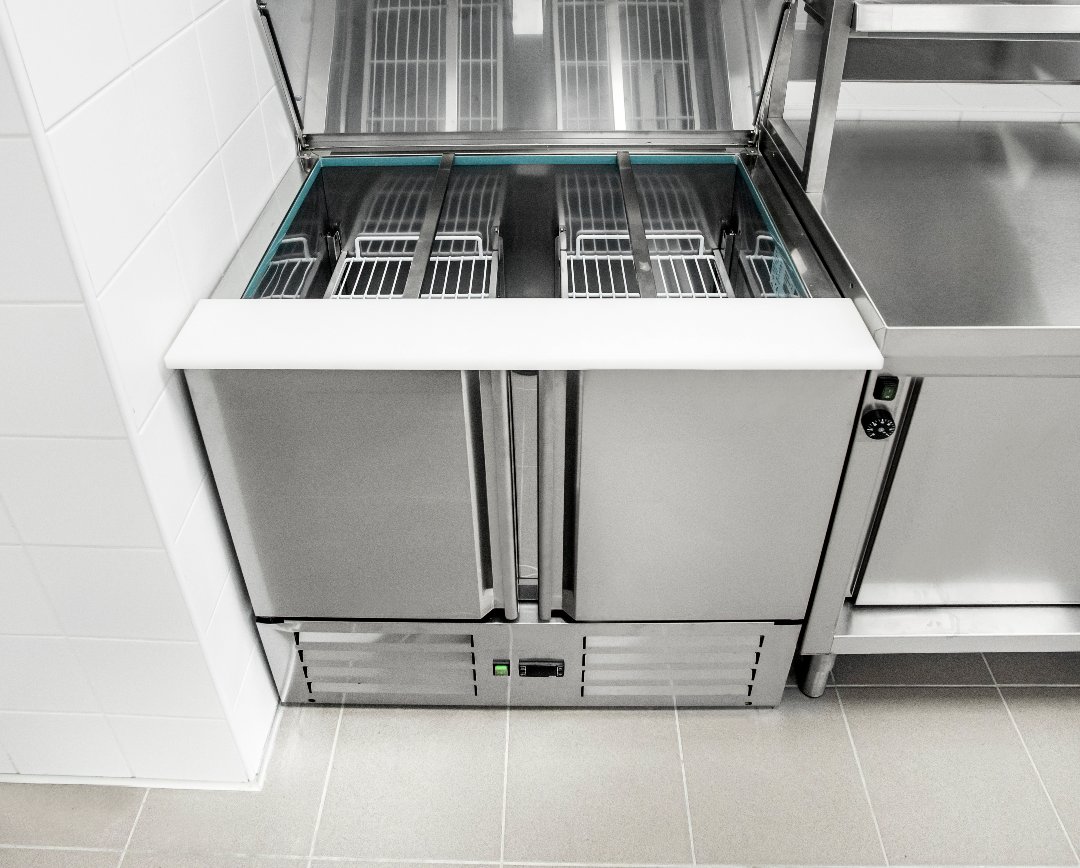 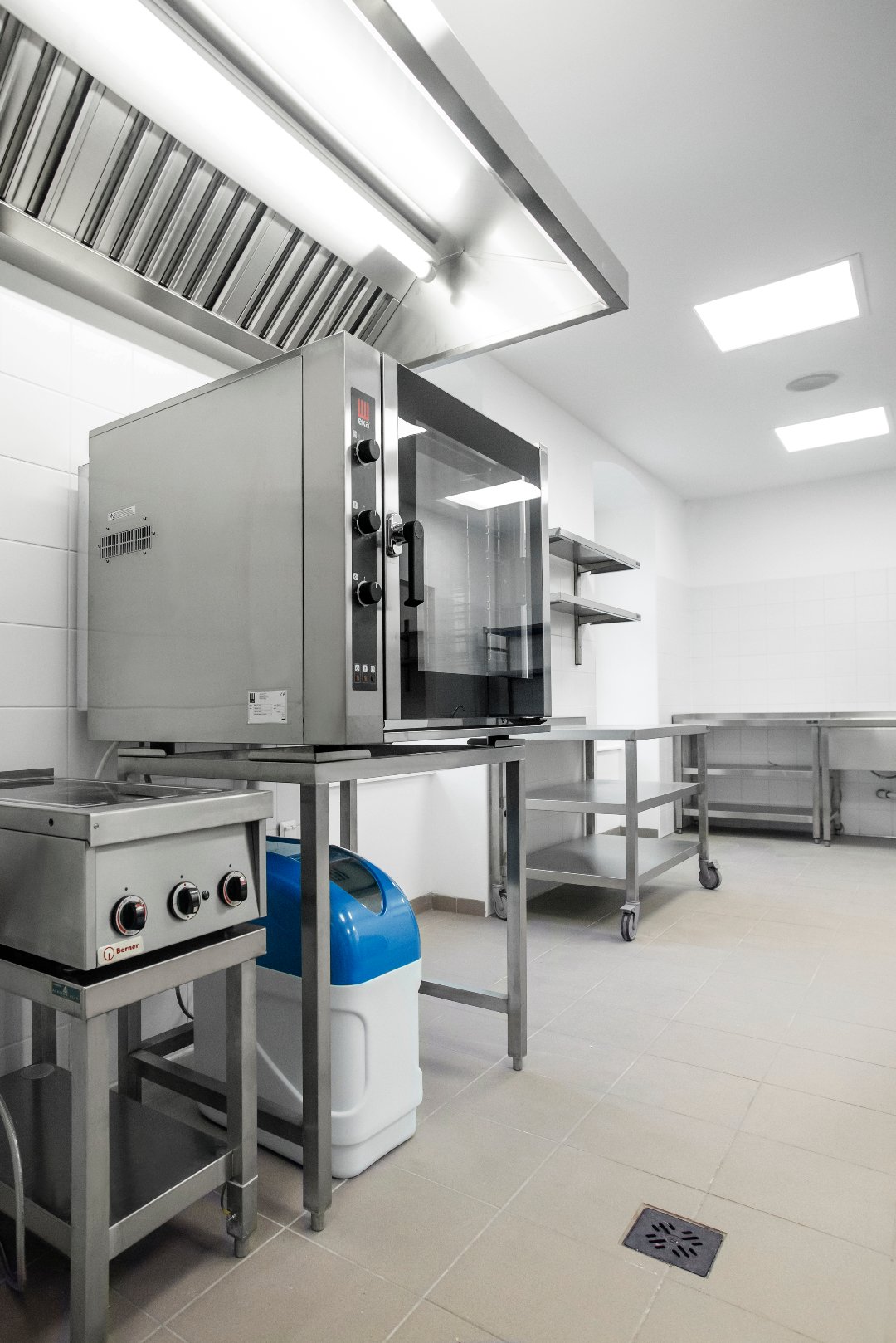 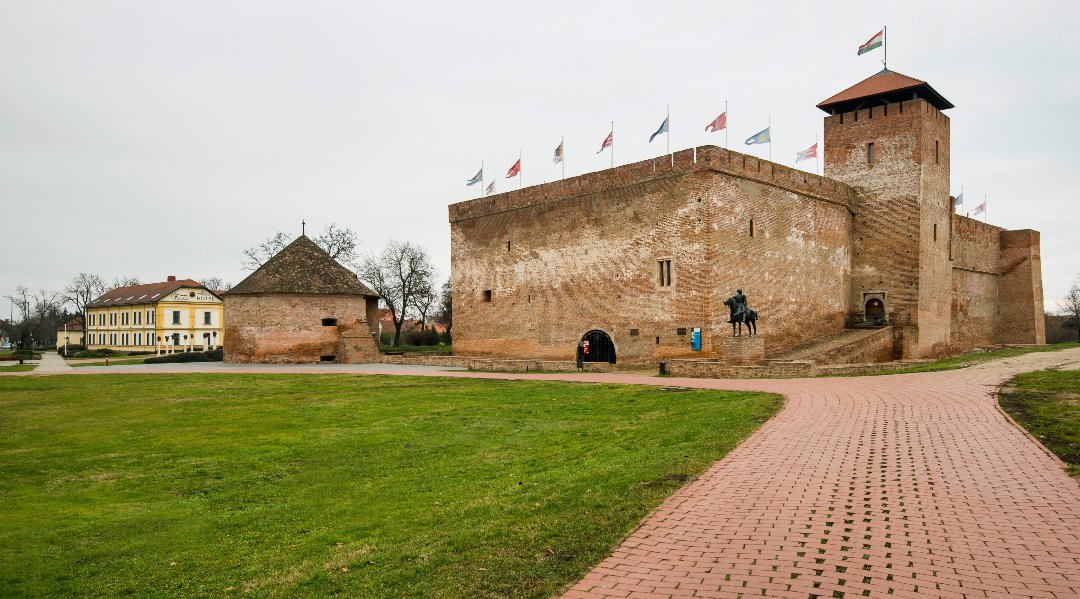 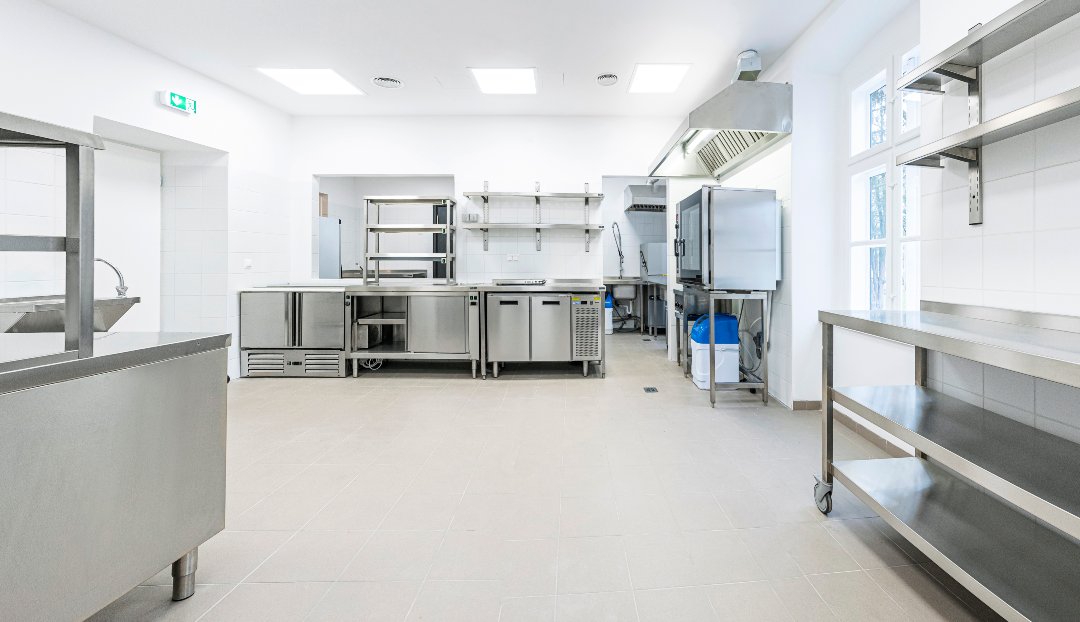 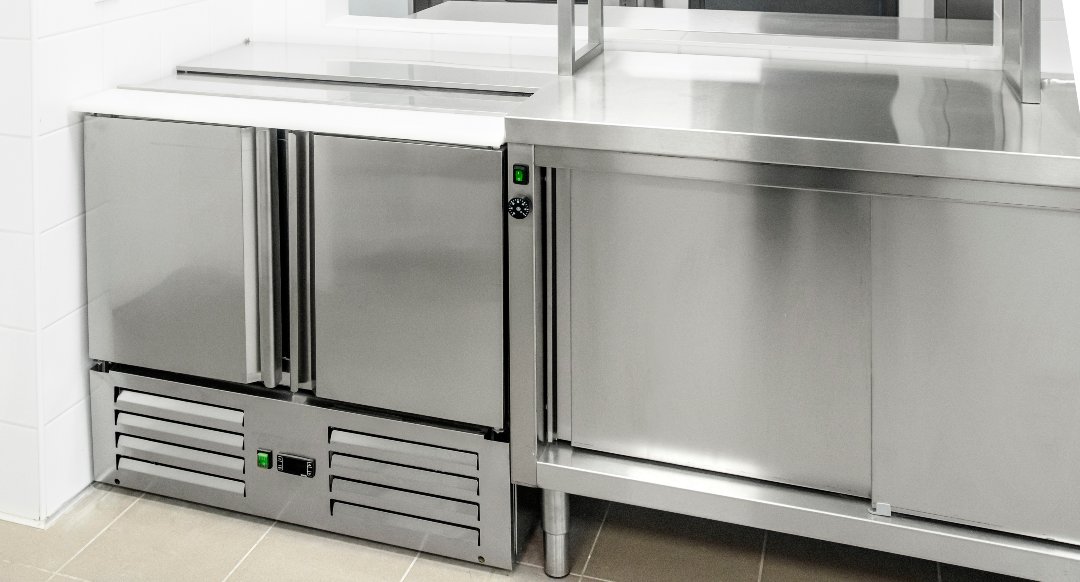